About the guest speaker

Michael Hill graduated in Law from the University of Tasmania in 1971 and was admitted to the Bar of the Supreme Court in February 1972. He practiced in general litigation until 1984 when he joined the Law Department as Head of the Legislation and Policy Division.
He was appointed the first Special Commissioner of the Tasmanian Small Claims Court in1985.
He was appointed a Magistrate in 1988, Deputy Chief Magistrate in 1996 and Chief Magistrate in 2009.
In 2005 he served as an Acting Judge of the Supreme Court.
From 2007 to 2011 he was the Regional Convener for Tasmania for the National Judicial College of Australia and was a member of the Council of the College from 2013 to 2015.
He served on the Council of the Commonwealth Magistrates and Judges Association representing Australia between 2003 and 2009.
He retired in October 2015. He is serving on two boards, assisting at the University Law School, visiting his grandchildren and playing g
Posted by Ivan Webb at 12:50 No comments:

Across Australia this week, there has been a strong focus on domestic violence.

The Hitting Home series on ABC TV together with the associated Q&A special provided a wealth of material for reflection and discussion.

For me, the strong but understated implication of the programs was the desperate need for
How much of the problematic behaviour in schools is the product of child abuse and domestic violence? Much more than is generally acknowledged.

In the Q&A program there was a report of the recent initiatives to move from reactive police after the event, to preventative policing before more harm is done.

I wrote about Breaking the Cycle of Family Violence a few months ago. This week has only re-enforced the need to maintain every effort possible.
Posted by Ivan Webb at 11:57 No comments:

It is not about Restorative Practices 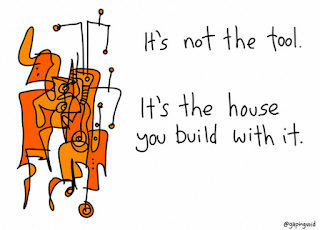 It is not about Restorative Practices per se

To paraphrase this profound GapingVoid cartoon:

Restorative practices/justice are a powerful set of strategies and tools but they have no value in themselves. Their value lies in enabling  ordinary people to

And this is why the Social Discipline Window is at the core of Restorative Practices.

Building relationships and community cannot be done TO or FOR the people involved. And it won't happen is no-one gets involved.

To build a "house" (community) it necessary to work WITH the people involved. This means providing the necessary Support and Challenges that are embedded in all Restorative Practices.


Habits of Mind are our patterns of thinking that shape our actions and experiences over time, and in a range of situations.

Positive habits of mind contribute to our own best interests, while respecting the rights of other. Sadly unhelpful habits of mind make life more difficult for us and for those around us.

Good or bad they operate automatically and require little effort so that we may not even be aware that we have unhelpful habits in the way we see and respond to others and situations that we encounter.

In a sense our habits of mind are our personal systems for dealing with our selves in the world. As such they are likely to contain our real values.

Habits of Mind and Restorative Practices

Restorative Practices support the development of positive habits of mind.

Restorative circles and restorative questions often also reveal unhelpful habits. For example, it is common for participants in circles or restorative meetings to gain profound insights leading to new ways of thinking about themselves and each other.

Restorative commitments and on-going support enable 'offenders' to practice new habits of mind. This is one reason why follow-up is important

Outcomes
There are lots of good things can flow from developing improved habits of mind:
Lots of ways of acting and responding

By improving our habits of mind, Restorative Practices can improve the following social and emotional abilities that are essential for our success and well-being:
Note: Consider how many of the above are impacted by drug addiction, mental illness and unresolved guilt.
Posted by Ivan Webb at 21:36 No comments: 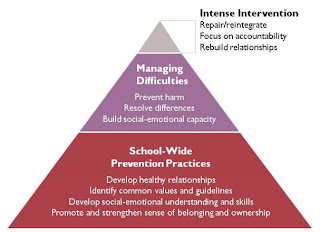 
Restorative Practices (RP) and School-wide Positive Behaviour Support (PBIS) overlap and complement each other. And many schools use both approaches in very well integrated ways.


And as in PBIS, it can be useful to think of three levels of application of RP


1. School-wide Prevention Practices can easily incorporate many aspects of RP including
2. Managing Difficulties includes supports such as
3. Intense Intervention includes

[The above diagram is from Restorative Justice - a working guide for our schools - a sound, easy-to-read guide to implementing what some call "restorative practices" at the school or school district level.  For more information simply Google "pbis"]
Posted by Ivan Webb at 01:00 No comments:

We want you here!! 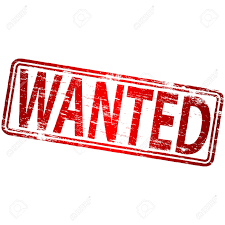 Where is your focus? Problem solving or belonging??

The Restorative Schools online newspaper reports each week about schools reducing suspensions, having fewer problems... all things that make the school a better, safer place to be.

But one slightly different headline caught my eye - a message to students:

We want you here!!

Such schools are voicing a direct commitment to their students, all their students!! Not just those who arrive at school in reasonable shape and comply with the schools' expectations.

Many problematic students are not wanted anywhere else in our communities... school might be their only chance to be wanted in a healthy community. To belong is a basic human need we all share.

The school, club... doesn't want a person who else will? Employers? Clubs? Community groups?... Probably not!!

This is fundamental to the success of Restorative Practices - that those who have done harm can still belong.

How clearly does your school, club, group...communicate with all its people that they are wanted?
Posted by Ivan Webb at 15:41 No comments: 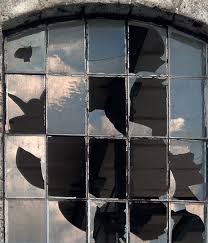 "Restorative" is not just for people (updated)

Does your organisation make it easy for people to "do the right thing"?

Sometimes we need to "restore" our organisations, communities, teams, businesses, clubs, classes, schools...so that people do the right thing and there is less need for restorative justice.

Common approaches
The basic organisational approach is to try to fix every problem as it occurs (if possible). A more comprehensive approach is to respond at the three levels outlined in Problem Solving with Restorative Practices:
Contain - Resolve (& Repair) - Reduce


An even more comprehensive and pro-active approach is to do both the above AND restore the organisation (school, service, team, business...) in which problems arise. But how to do it in in ways that are consistent with Restorative principles? And where to start?

Restorative management makes it easier to "do the right thing"

1. Know which problems occur frequently around here
2. Check the available data - does reality match perceptions?
3. Establish priorities for attention, prevention & response
4. Work through the key elements (above) in relation to a priority problem

A frequently occurring problem can lead to an action plan focused on making it easier for everyone to do the right thing. The action plan is properly implemented when it goal happens as a matter of course without intervention, supervision...

Is it really new?
Chances are the above represents the best of what you already do, especially if you are a Restorative Practitioner. Perhaps this framework will enable everyone to be a little more consistent and collaborate a little more easily.